Reishi Mushroom: The King of Mushrooms 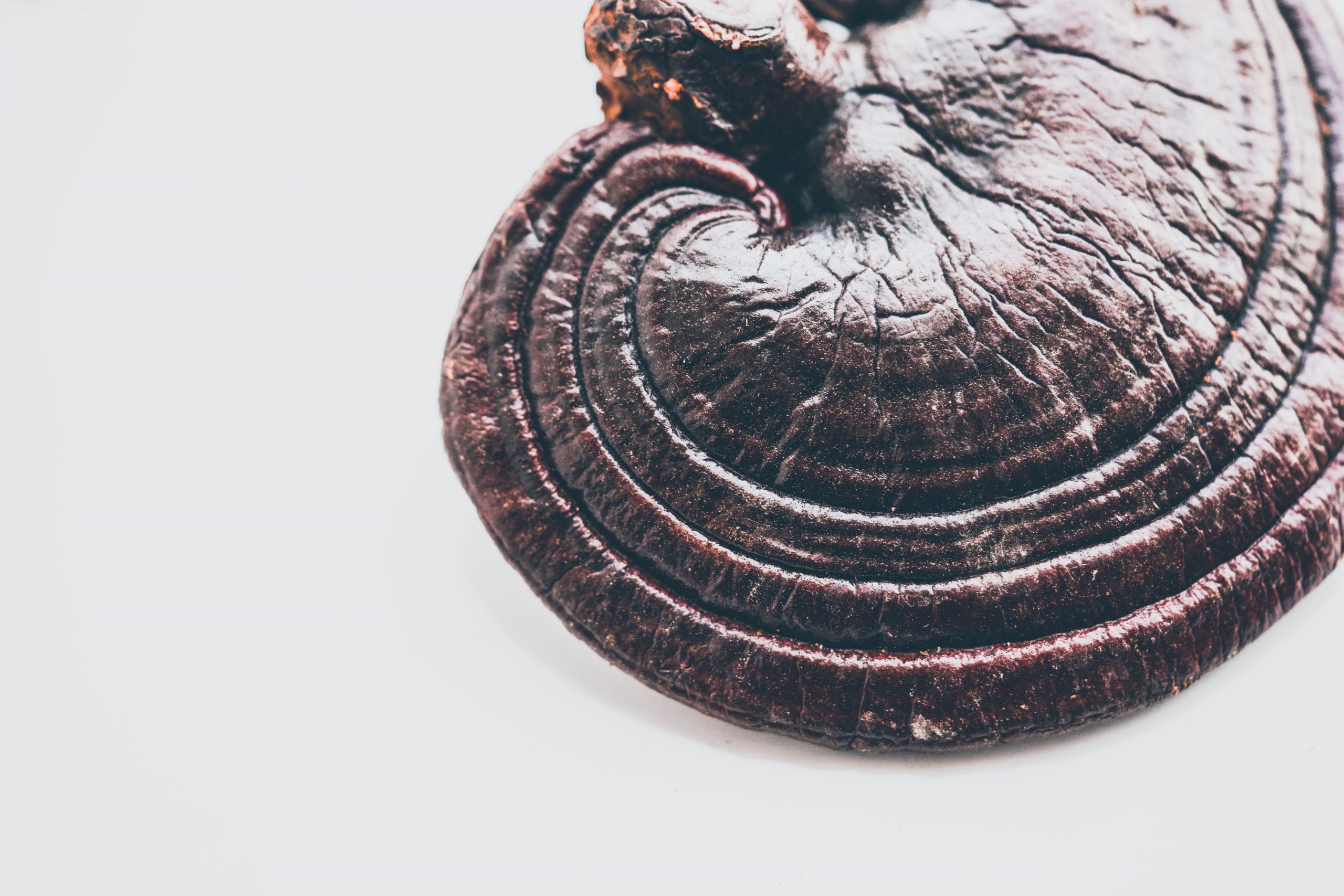 Posted at 19:41h in Herbal Spotlight, Herbs, Tea of the Month, tisanes by vanaspatiteam 0 Comments
0 Likes

The reishi mushroom is unique among fungi, often referred to as the “king of mushrooms.” The reishi mushroom, or ganoderma lingzhi, is a polypore or bracket fungus that has a characteristically reddish brown glossy kidney-shaped cap. The bands on the mushroom cap radiate from the stem giving it a distinctive fan-like appearance. The reishi is soft, cork-like and flat and does not have gills on its underside and releases spores through fine pores.

Reishi is found growing at the base and stumps of deciduous trees and particularly that of the maple. However, finding reishi growing in the wild is a rare sight, only occurring in two or three out of 10,000 mature trees. Most often this precious mushroom is carefully cultivated on hardwood logs, sawdust or woodchips.

The reishi or lingzhi mushroom was first recorded during the Han Dynasty (206 BCE – 9 CE). The name of lingzhi demonstrates its value as a medicinal mushroom being a compound name meaning “spiritual, miraculous, divine, and effective” fungi. Reishi has appeared in Chinese culture, history, and art since 1 BCE, including the historical chronicles of Shiji and later in the poetry of Ban Gu. In Chinese art, the reishi symbolizes vitality and longevity and is used as a talisman for good luck. The goddess of healing, Guanyin has been depicted holding the distinctive reishi mushroom.

Reishi is a powerhouse medicinal mushroom. The beta glucans or complex sugars in the reishi help stimulate the immune system, therefore fighting off infection. Known as an adaptogen, the fungi reduces the body’s stress response, increasing resiliency against day to day challenges. Along with adaptogens, reishi is high in vitamin B-12, antioxidants, and the amino acid ergothioneine— all of which lowers the risk of depression. Reishi is loaded with triterpenes and complex sugars helping to reduce “bad cholesterol” which improves heart health and blood pressure. The antioxidant properties of the mushroom may reduce the risk of disease, improve longevity and combat fatigue. Studies done with animals shows that reishi mushroom may be therapeutic for neurodegenerative disorders including Alzheimer’s. It’s no wonder that the reishi mushroom was prized and utilized by royalty in ancient China and referred to as “the mushroom of immortality.”

At Vana Tisanes we want to share the incredible health benefits of the reishi mushroom with our Energy Herbal Tea. 🍄 The reishi is complimented by the adaptogenic and energy-boosting botanicals yerba mate leaf and green tea leaf. Energy Herbal Tea provides both mental clarity with gingko biloba leaf and balances your entire system with ashwadandha root. This tisane is a refreshing daily pick-me-up and can be enjoyed hot or over ice on those hot summer days.