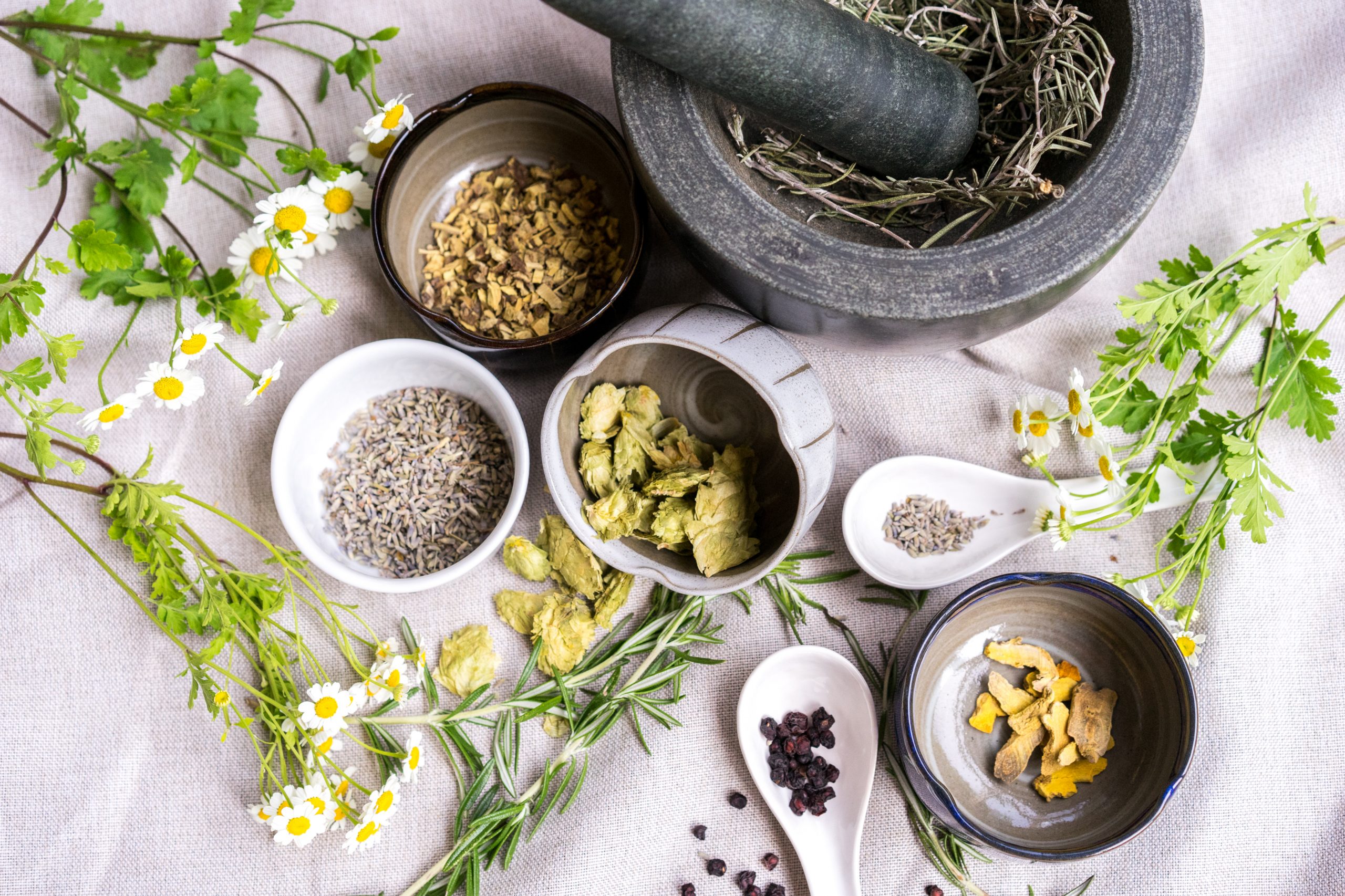 Posted at 11:29h in Herbs, tisanes by vanaspatiteam 0 Comments
0 Likes

It’s said that the use of medicinal herbs predates written human history.

Archeological evidence suggests that humans were practicing herbal healing during the Paleolithic — about 60,000 years ago — and that nature has been at the core of our nutrition and health for as long as we’ve existed.

A Brief History of Medicinal Plants

The oldest written evidence was found on a Sumerian clay slab from Nagpur, and was approximately 5,000 years old at the time of discovery. Pen Ts’ao, written by Shen Nung circle 2500 BC, is one of the first written records of herbal medicine and discusses 365 different dried medicinal plants that are still used today.

However, the most prominent writer on medicinal herbs was Dioscorides (also known as the father of pharmacognosy), a military physician who studied medicinal plants wherever he traveled with Nero’s Army.

In the Middle Ages, the cultivation of medicinal plants and their role in healing moved into monasteries and spread throughout Europe. While historians used medicinal plants primarily in a pharmaceutical form, the demand for compound drugs started increasing between the 16th and 18th centuries.

The start of the 19th century was a turning point in the knowledge and use of medicinal plants, stemming from the discovery and isolation of alkaloids from poppies and other plants, leaves, berries and bark used to heal. It was during this same time period that pharmaceuticals started to appear, but the lack of availability of drugs during World War I increased the use of herbal medicines.

There are three main medicinal herbal traditions that result from ancient uses:

Western (Greek and Roman) – They theorized that four humors permeated the body: blood, black bile, yellow bile and phlegm. Each was associated with one of the four elements of nature: air, earth, fire and water.

Ayurveda (India) – A holistic approach to healing that originated around 1500 B.C. Believers stated that natural balance is a result of good health while illness is a result of an imbalance. To remedy illness, they used herbs, diet and natural remedies to bring the body back to balance.

Traditional Chinese Medicine – This is based on a belief that health is the result of constant battling between yin and yang — opposing forces. When they’re in balance, you feel healthy. When they’re out of balance, you feel sick. Herbal medicine and burning dried herbs near the skin are used to stimulate the body’s natural healing mechanisms.

An Oral History of Healing

Medicinal plants and herbal healing are proof of both written and oral history that has developed through many civilizations and through the development of humankind. Proven healing properties were used, noted, and passed on to the next generations. Old practices and herbal properties gradually improved with each new generation, which holds true even today.

Traditional cultures have leaned on plants and herbs as teachers for their ancient healing wisdoms, guiding us to which plants treat which systems of the body to return it to a natural state of balance. The history of herbal medicine is deep-rooted in tradition and has a truly unique way of combining culture and wellness.

The power and beauty of herbs is invaluable — they aren’t formulated or manipulated and are given to us by Mother Earth as means to soothe and repair the mind, body and spirit. After all, humans have evolved with plants, and that relationship is forever sacred to our health and wellness.