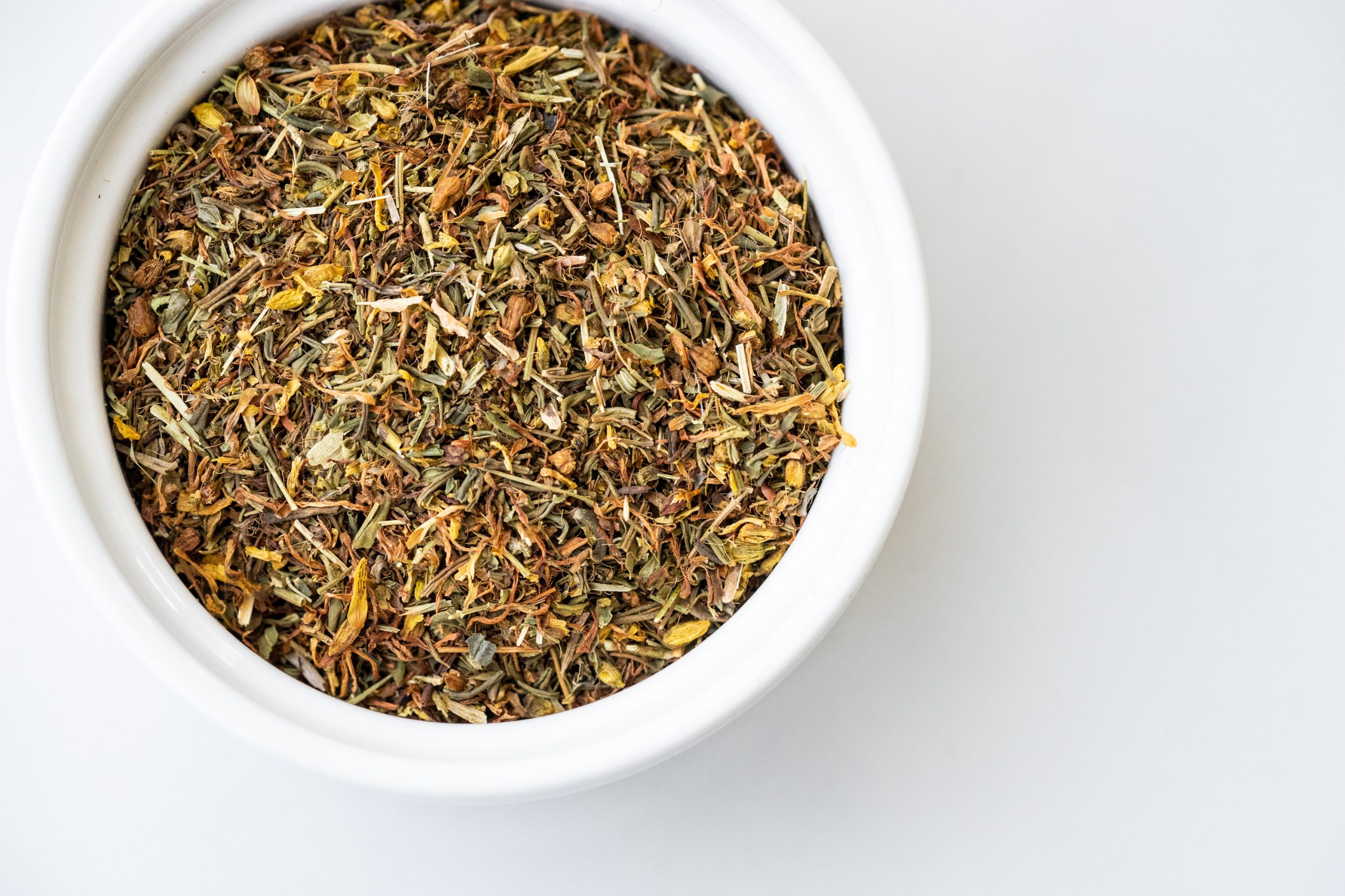 Posted at 14:25h in Herbs, tisanes by vanaspatiteam 0 Comments
0 Likes

St. John’s Wort, or Hypericum perforatum, originates in Eurasia and was brought to North and South America by European settlers who valued the plant as a medicinal herb. The plant is characterized by bright yellow flowers and oblong green leaves covered in dots which, when held up to the light, give the leaves a perforated appearance — hence the plant’s Latin name.

The plant’s name originates from the date that the plant was traditionally harvested — Catholic Saint’s Day — which honors St. John the Baptist and takes place on June 24. The word ‘wort’ is a common Old English word meaning ‘plant’.  After harvesting the yellow flowers of the plant, it was traditionally hung in the home over a painting or statue of St. John. The yearly harvesting of St. John’s Wort and adornment in the home was believed to protect from evil spirits.

Ancient European pagan traditions included many medicinal plants, with a specific focus on St. John’s Wort in their summer solstice festivities. It was believed that the medicinal properties of the plant reached its peak on solstice and would be harvested, dried and used throughout the rest of the year. St. John’s Wort, along with other medicinal herbs including chamomile, lavender and calendula, were used by the Druids in ceremonial midsummer bonfires. Traditionally, St. John’s Wort was believed to bring sunshine to sorrow, which was much anticipated after a long winter and spring. This plant goes hand-in-hand with the warmth that summer promises.

St. John’s Wort has been cultivated for centuries for its medicinal value, and has been a staple in many herbalists’ home apothecaries for its ability to treat kidney and lung issues, insomnia, heal wounds, and naturally treat depression.