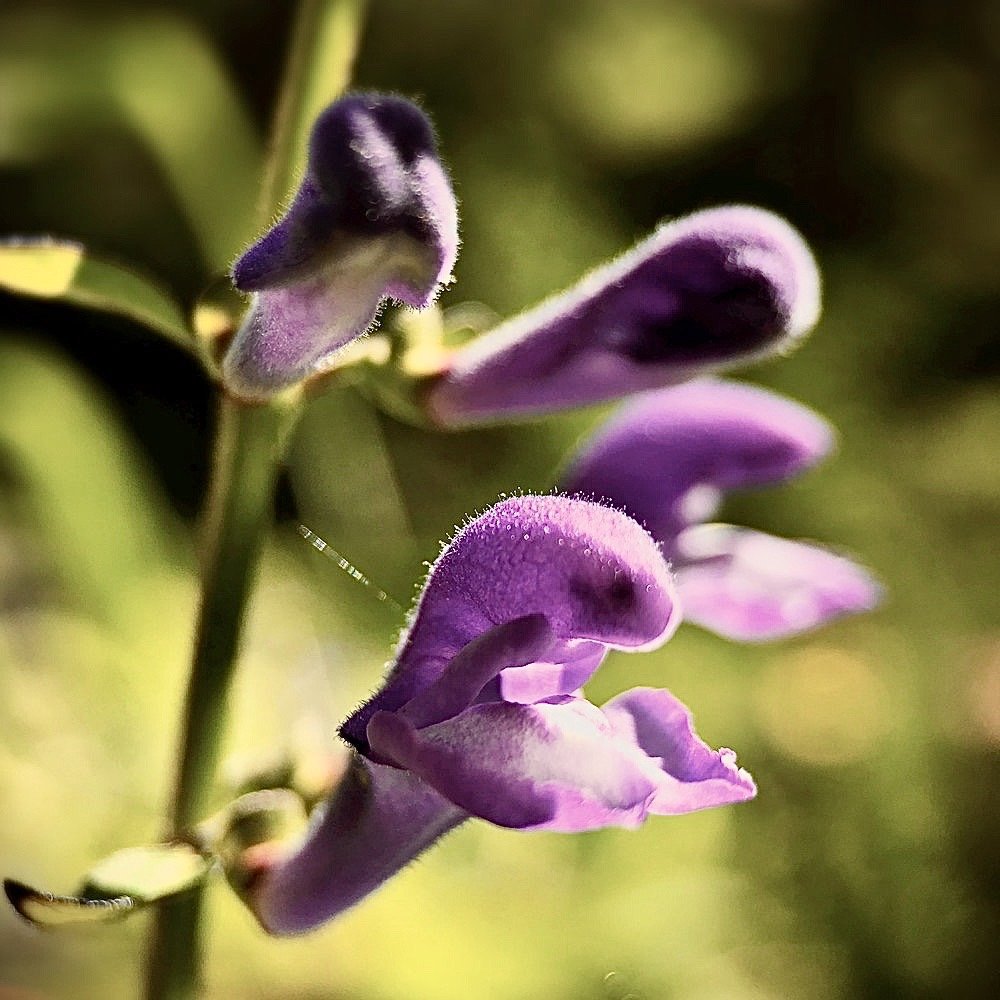 Skullcap (sometimes spelled scullcap) is the common name for Scutellaria, a genus of flowering plants in the mint family.

This perennial thrives in moist, shady riparian habitats, from forests and thickets to meadows and marshes and is a native plant of North America. The native species we use, grows up to three feet tall and is adorned with dainty blue flowers formed by two tongue-like petals. Together, the petals were said to resemble the helmets of medieval European soldiers, hence its common name, Skullcap.

The leaves of Skullcap have been used in traditional herbal medicine as a sedative to treat conditions like anxiety, insomnia and convulsions. The plant was prized by Native Americans for its powerful medicinal properties.  The dried roots of this plant have been used for centuries as a traditional Chinese medicine known as Huang Qin to treat diarrhea, insomnia, dysentery, high blood pressure, hemorrhaging, respiratory infections, and inflammation.

While skullcap grew wild throughout Europe prior to the colonization of the Americas, the North American species was the first to make a significant mark on herbal medicine. European settlers and folk herbalists learned how to use skullcap from Native American tribes, who had traditionally consumed it as a tea to soothe the nerves. Herbal physicians then brought it back to Great Britain in the 19th century, introducing more people to its relaxing benefits.

Today, we use it for many reasons, but primarily to relieve anxiety, tension, nervousness, and irritability associated with stress.  It is used to support exhausted nerves resulting from mental and physical exhaustion, maintain normal balance in times of muscular tension, and to support normal sleep patterns. It is trophorestorative to the nervous system meaning it restores nutrition uptake to the nerves.  It’s thought that skullcap positively impacts mood and reduces anxiety by stimulating gamma-aminobutyric acid (GABA), a neurotransmitter that helps calm nerves.

While other relaxing herbs like valerian and chamomile tend to make people sleepy, skullcap has the uncanny ability to soothe the nerves without slowing you down. Whether you are hoping to alleviate some of your stress, to take the edge off or get better sleep, skullcap can help combat the perils of the modern age.

Try it today in our Brain, Calm, Nerves and Sleep herbal blends.